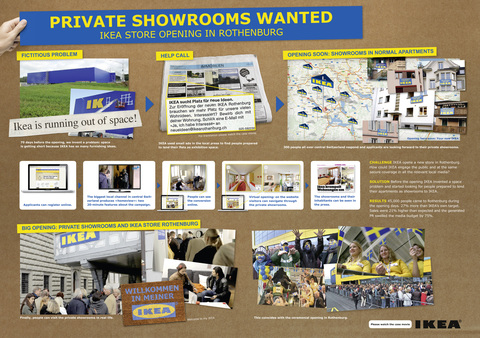 
IKEA was building a new showroom near Rothenburg. Previously, customers in the region had a long drive to buy IKEA furniture. So we needed an idea that shows how close IKEA is by addressing local people directly and involving them in the campaign.

The new branch is already the eighth IKEA store in Switzerland. For that reason, an engaging "direct" idea was called for. We wanted to make the opening a talking point in central Switzerland and generate coverage by the local media.

The aim was to attract as many people as possible to the opening of the IKEA store.