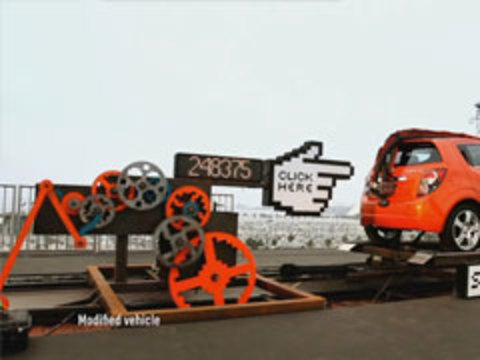 
THE FIRST CAR LAUNCHED BY THE INTERNET. LITERALLY.

Nobody cares about yet another car launch...except when you get to push yourself! When we asked the Internet to help launch the Chevy Sonic by pushing it off a 100-ft. platform, people went click-crazy. As an added kicker, anyone who helped push had a chance to win the Sonic.

The launch was live-streamed on LetsDoThis.com. Clicking a giant cursor hand pushed the car closer (and closer) to the edge, until 9 hours and 2.5 million clicks later, the Sonic was launched, bungee-jumping over the edge. Thanks, Internet, for launching the Chevy Sonic.