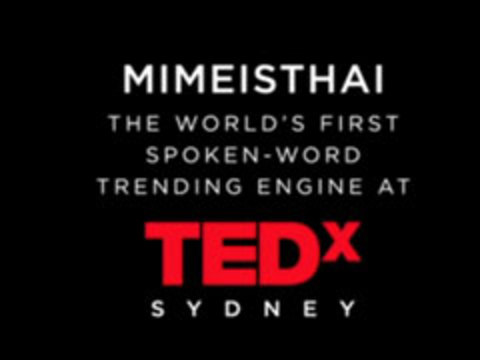 Digital — Innovative Use of Digital

TEDx wanted their audience to connect with each other to build upon ideas they had heard in the room. Increasingly they found, come their intermission the audiences buried themselves in their smartphone or tablet, not connecting with their peers in the room.

We turned their 1072 square meter Carriage Works Sydney theatre into a giant, real-time emerging topics trending engine. We installed an array of directional and parabolic mics strategically through the theatre. Each line-out connected directly to a dedicated speech-to-text engine. This took snippets of conversations spoken live from the theatre, and generated a live visualisation portraying ideas as they spread through the audience.

Think twitter, except without the need for a smartphone, laptop or tablet - to trend a topic all you need to do…is speak.

The audience was freed from their devices to converse and build upon the ideas in the room. The visualization generated a live topic feedback-loop on the big screen, and an online hub captured topics for later.