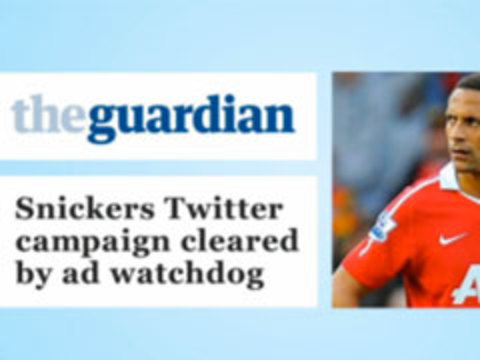 Digital — Use of Social Media

Mars Snickers
"You're Not You When You're Hungry"


‘You’re Not You When You’re Hungry’ is Snickers’ global campaign.

TV ads show people literally turning into somebody else when they’re hungry.

But when we launched the campaign in the UK we didn’t use TV.

Five celebrities sent tweets that were completely out of character.

Their final tweet revealed the line: You’re Not You When You’re Hungry with a Twitpic of them eating Snickers.

Yet the campaign was reported in press, on TV and radio - and was even mentioned in parliament.