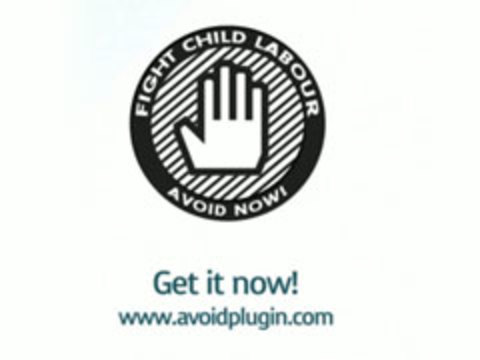 
The foundation “Active against child labour” briefed us on an idea, that would bring child labour into focus for consumers – and make them change their behaviour.

Instead of creating a campaign we went one step further and developed a new software: aVOID Plugin. When a user visits an online store, aVOID instantly hides all products associated with child labour. The user gets to see fairly-produced clothing only – in almost every big online shop worldwide.

To create awareness of what’s happening behind-the-scenes, aVOID constantly tracks the number of all those avoided products and feeds it into blogs, websites and social networks in real-time. The vast growing number of avoided products has already reached over a million and thus become the consumer’s voice against child labour. Moreover, only a few weeks after its release, newspapers, blogs and online magazines reported on the software and companies that were suspected of being involved in child labour applied to our client in order to reveal their production methods. Get aVOID now at www.avoidplugin.com