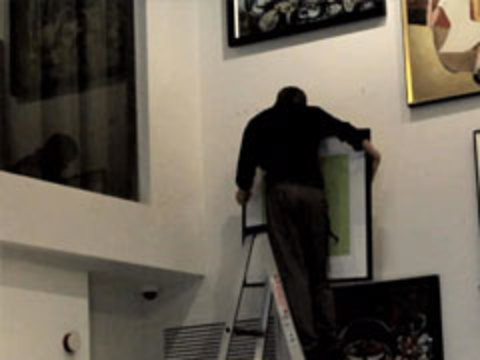 
The Art Series Hotels located in Melbourne Australia house an array of sought-after artworks from around the world. They needed to ensure occupancy rates were up over a quiet summer period between their 3 hotels.

Our solution was to hang a Banksy and ask people to ‘Stay the night to steal the art’.

The campaign gave guests the chance to tap into their darkest of human motivations without fear of prosecution.

If they could steal the Banksy without being caught, it was theirs to keep.

Up for grabs was ‘No Ball Games’ which was once stolen off the streets of London using an angle grinder.

The artwork was exhibited and moved around between the three hotels with clues to its whereabouts shared via social media.

The campaign attracted media attention from around the world including coverage from The New York Observer, LA Times, Daily Telegraph UK, The Huffington Post and CNN. Journalists documented their own theft attempts.