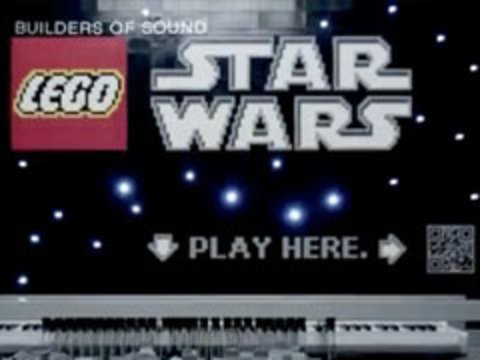 
Brief: LEGO Germany was a cooperation partner for the release of Star Wars 3D: Episode 1. Therefore we were asked to create an involving idea to promote LEGO Star Wars sets in cinemas.

Strategy: Both LEGO and Star Wars fan communities are known for creative, near eccentric fandom. To impress these challenging target groups, we had to come up with something truly innovative: Relating to the 3D movie premiere, we also brought LEGO into a new dimension – by letting LEGO bricks play music.

Solution: We built a gigantic barrel organ consisting of 20,000 LEGO Star Wars pieces. These were arranged in such a way that the construction struck the keys of a keyboard via a mechanical device as it was turning, playing the Star Wars theme tune. The barrel organ went on tour through cinemas across Germany in the run-up to the Star Wars premiere. Fans could turn the crank themselves and then buy the LEGO sets used directly via a QR-Code. Everyone who couldn’t be there had the opportunity to experience the barrel and select their favourite Star Wars sets online.